Over the years there have been a number of engine configurations of the 250cc Sportsbike; powered by both two-stroke and four-stroke engines.

Iconic examples of road going 250cc LC two-stroke Sportsbikes are the Honda NSR250, the Suzuki RGV250, the Aprilia RS250 and the Yamaha TZR250. 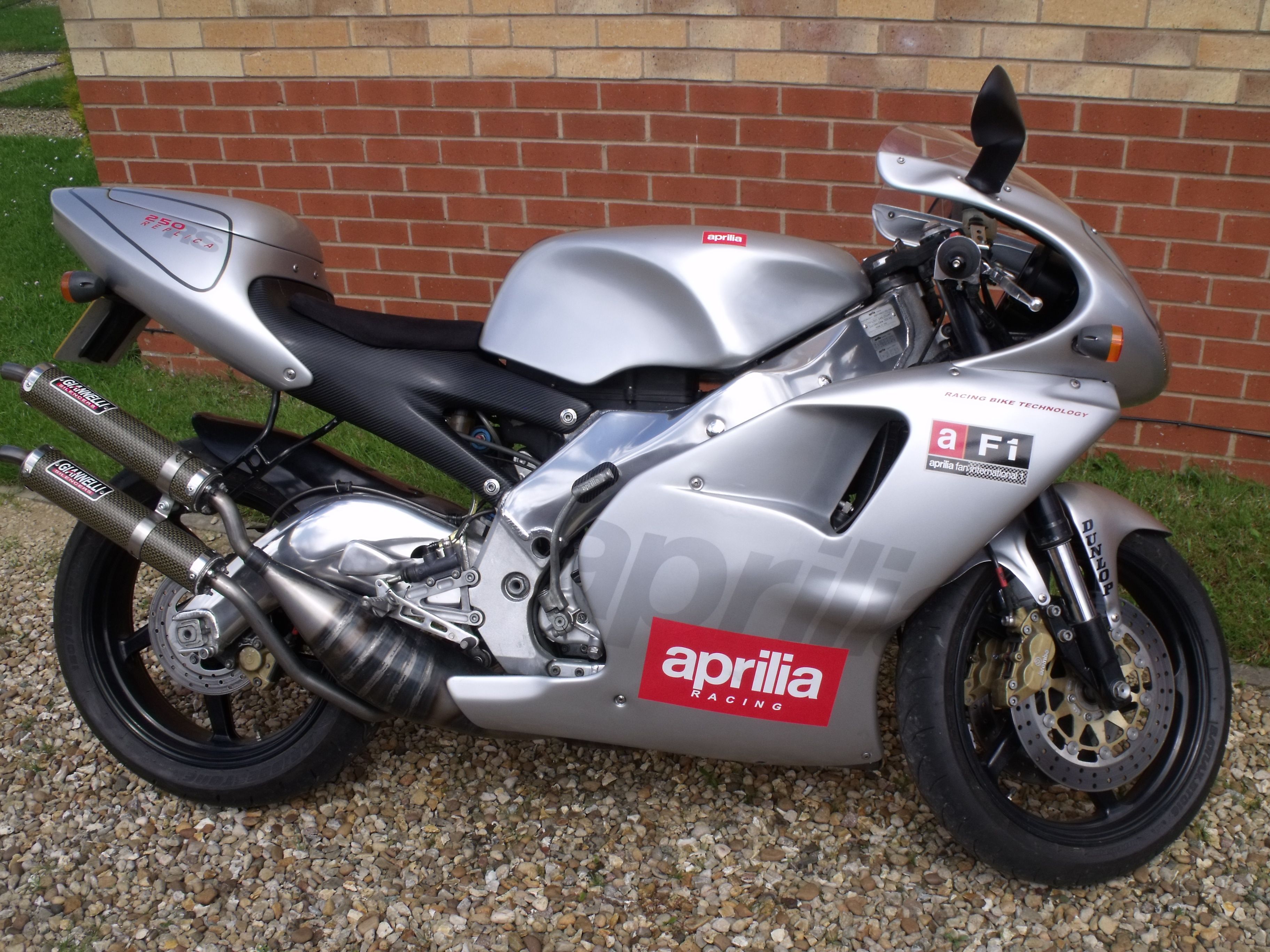 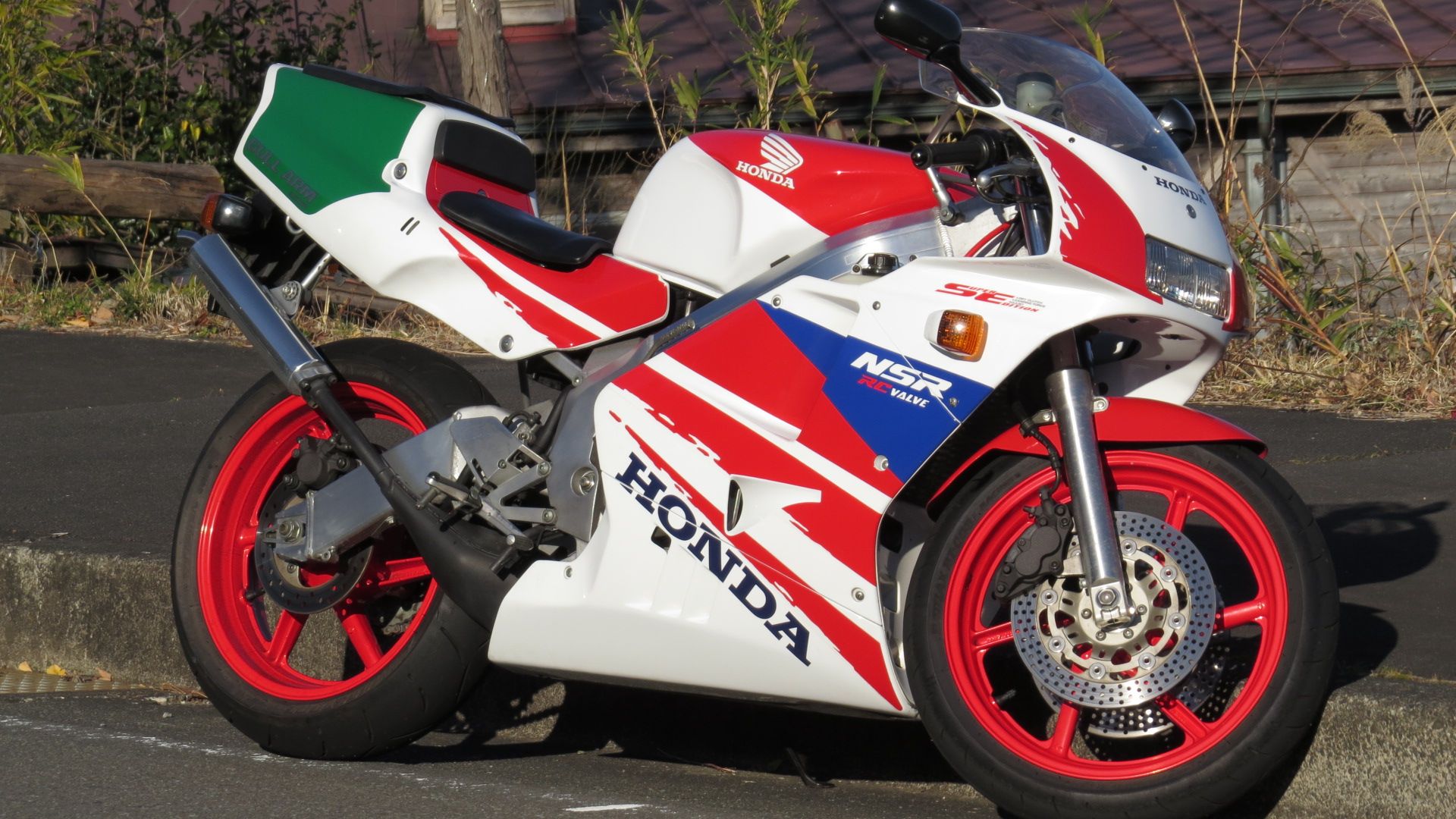 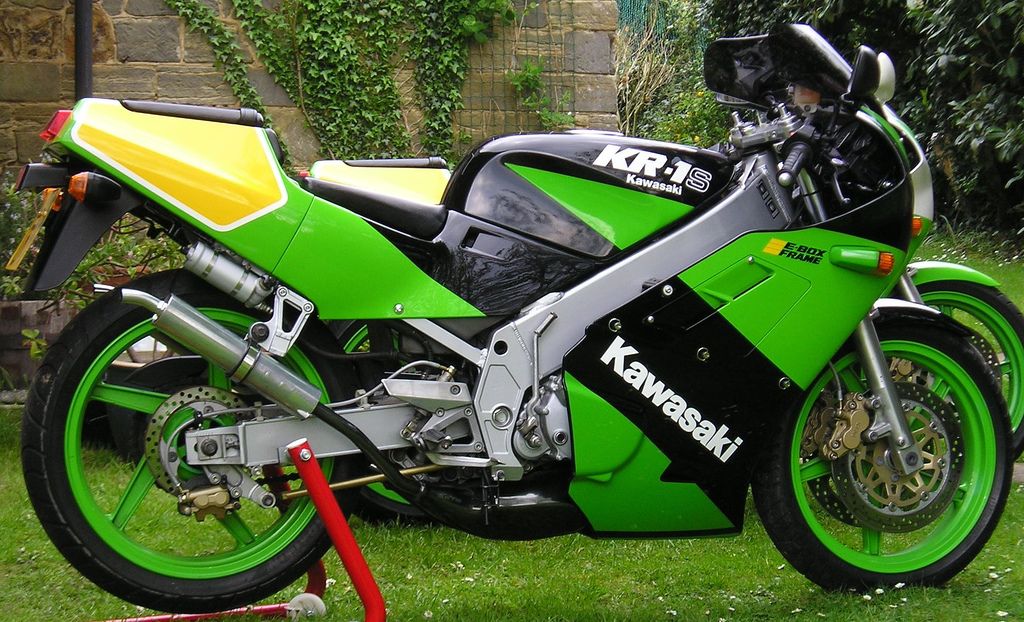 By Neil Infield (Own work) [CC BY-SA 3.0], via Wikimedia Commons

In the late 80's and throughout the early 90's Honda, Suzuki, Kawasaki and Yamaha produced some incredibly sophisticated high revving 250cc four-stroke Sportsbikes. They were the Honda CBR250, Suzuki GSX-R250, Kawasaki ZX-R250 and Yamaha FZR250: these screamers were capable of revving to over 19,000 RPM! These Sportsbikes were created for Japanese riders wanting motorcycles just as technically advanced as larger capacity Superbikes but were unwilling to go through the extremely onerous motorcycle test in Japan that existed at the time.

All incarnations were in-line 4 cylinders, 'in-line' donating that 4 cylinders are in a line (or next to one another) water cooled 16 valve engines. These engines were far more complicated and advanced than the equivalent four-stroke low capacity Sportsbikes offerings of today; however as such they came with associated build costs.

When motorcycle licence laws changed in Japan the niche market for such Sportsbikes ceased overnight. Leaving the Japanese manufacturers to concentrate efforts on larger capacity Sportsbikes where demand was high not only in the Japanese domestic market but all over the world. A small number of these bikes were imported into the UK from Japan, all very rare sites on our roads today.

For quite some time the 250cc Sportsbike died out with no new models being produced. 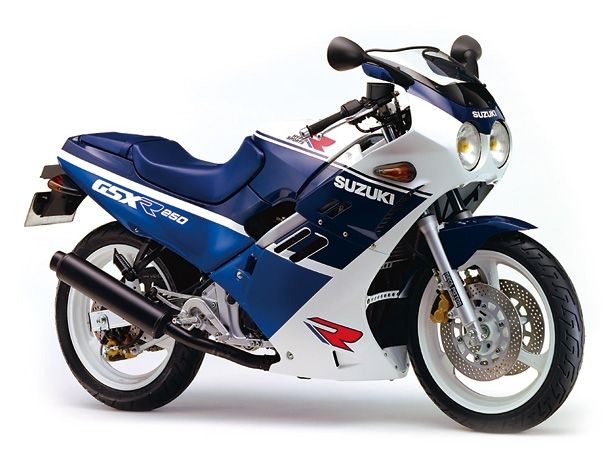 The majority of these 250cc bikes can be ridden by riders from the age of 19 with an A2 Licence, However the more highly strung 250cc Sportsbikes require the full A Licence in order to be ridden in de-restricted form as the majority produce over the 46.6bhp limit of the A2 Licence.

The licencing laws, in Japan in the late 80's and early 90's also meant that the 400cc Sportsbike was in much demand by the Japanese domestic market. The most iconic bikes of this time were the Honda VFR400 NC30 (later replaced by the Honda RVF400 NC35), the Honda CBR400, Suzuki GSX-R400 and the Kawasaki ZXR400. The latter three bikes were powered by four-stroke in-line four engines. The NC30 and NC35 were essentially scaled down versions of the magnificent Honda RC30 and Honda RC45 respectively - and were powered by a V4 engine: 'V' denoting the arrangement of the cylinders in a V formation and '4' denoting the number of cylinders. 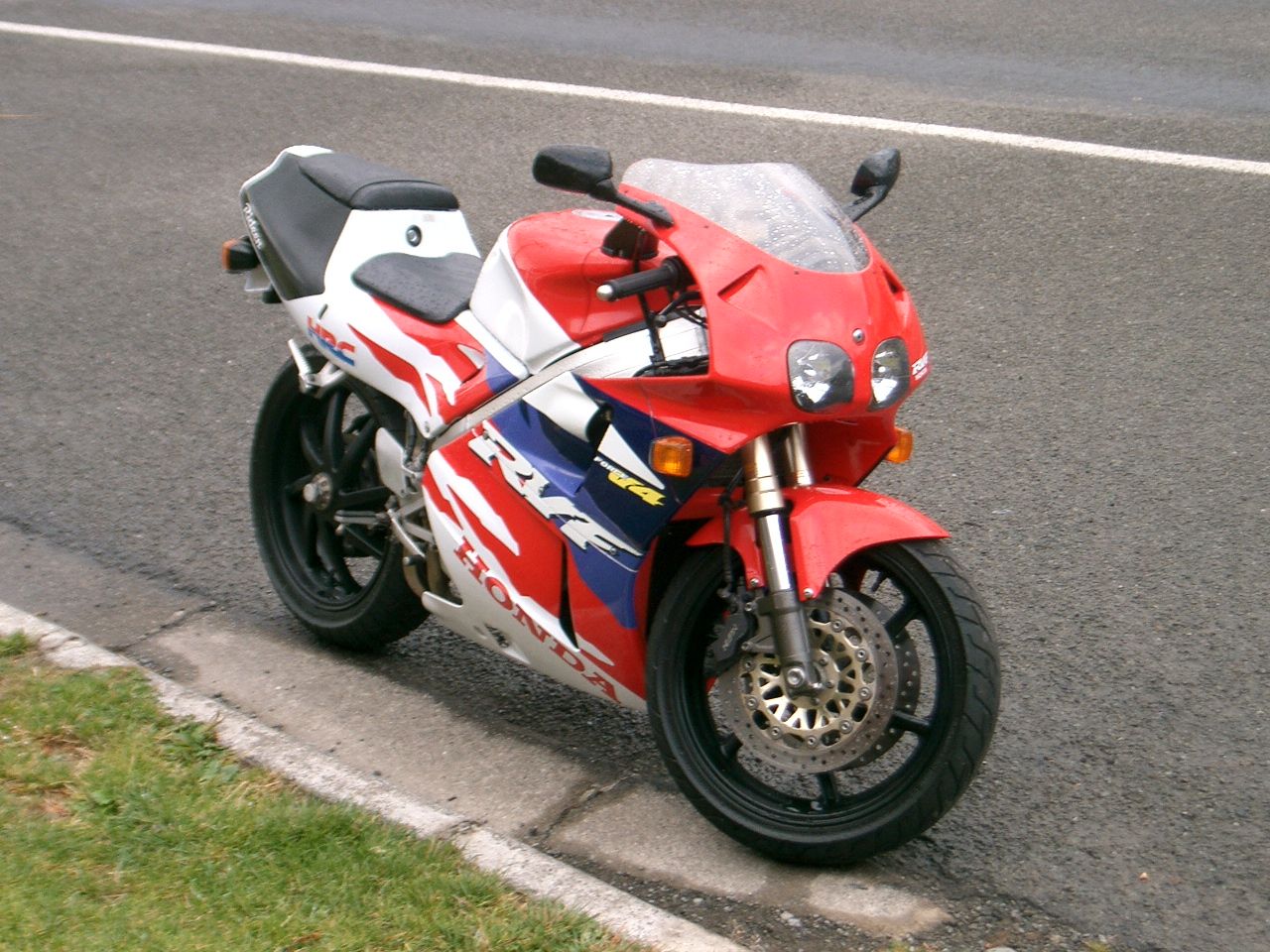 By Simons26 at English Wikipedia (Transferred from en.wikipedia to Commons.) [Public domain], via Wikimedia Commons

The VFR400 NC30 was available as an official UK model for a short period, however with a list price higher than that of a Honda CBR600 at the time it was far from a sales success. Likewise the Kawasaki ZXR400 was available as an official UK model selling many more units than the UK NC30, it sold at a lower retail price (far cheaper to manufacture than the complex V4 NC30) differentiating it from 600cc models.

400cc Sportsbikes are still very popular in the UK; there simply hasn't been other Sportsbikes in this category that have been built to such a high level since. They are often chosen by those wanting to take their first step into the world of Sportsbikes, to those appreciating the lower seat height and more compact nature of the bike or to those who appreciate the engineering that went into such small and compact machines. Clean, low mileage 400cc Sportsbikes are now fetching quite a premium with enthusiasts and collectors eager to snap them up.

Modern replacements of the 250cc and 400cc Sportsbike 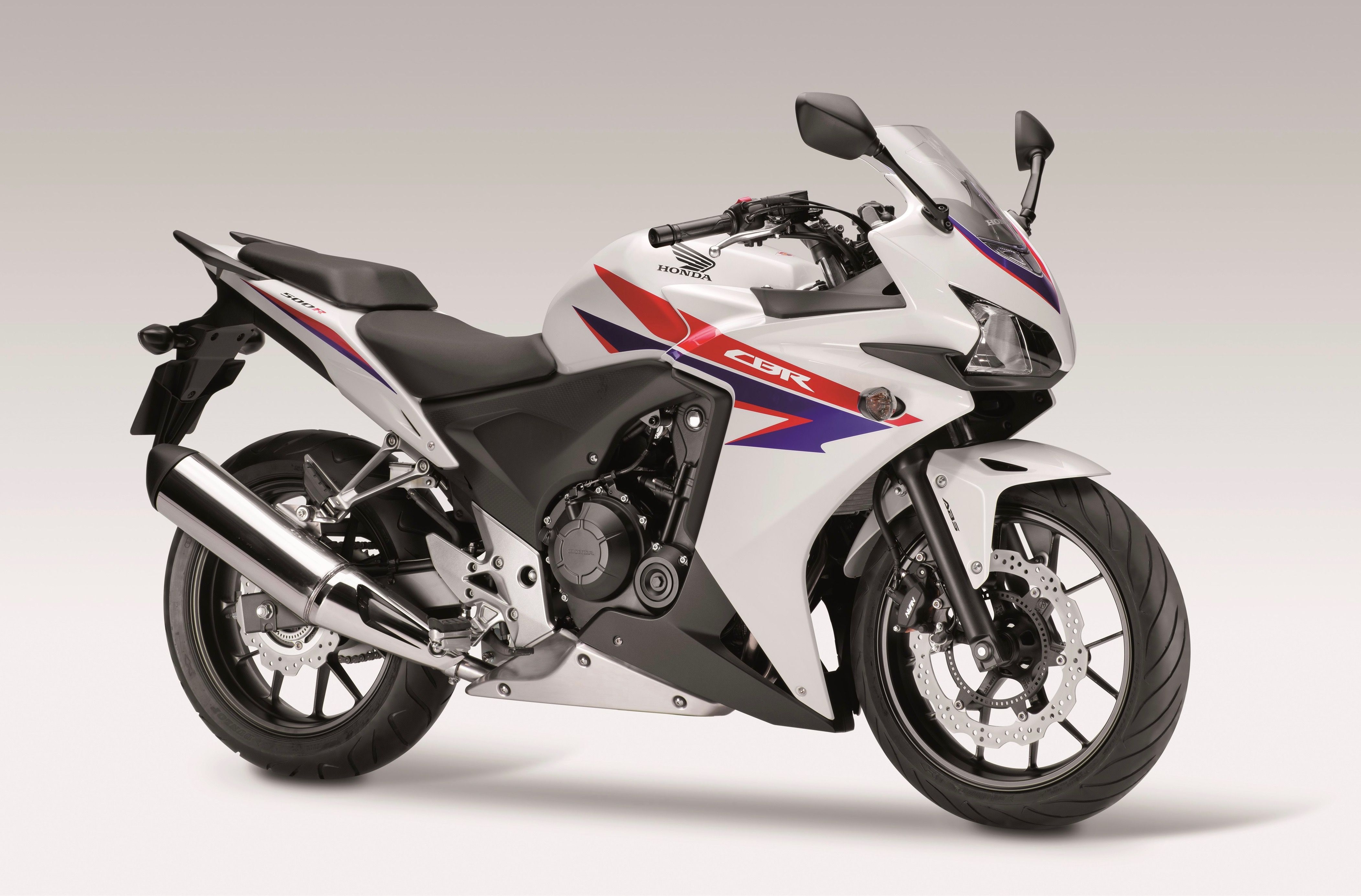 More recently both Kawasaki and Honda increased the capacity of their 250cc four-stroke Sportsbike models to 300cc; Kawasaki creating the Ninja 300R and Honda producing the CBR300R: essentially upping capacity and power to fit the requirements of riders with the new A2 Licence.

KTM also entered this market in 2014 with the introduction of the KTM RC390, using a single cylinder 390cc engine; with Yamaha following suit in 2015 with the Yamaha YZF-R3 in 2015, using a 321 cc parallel twin engine. 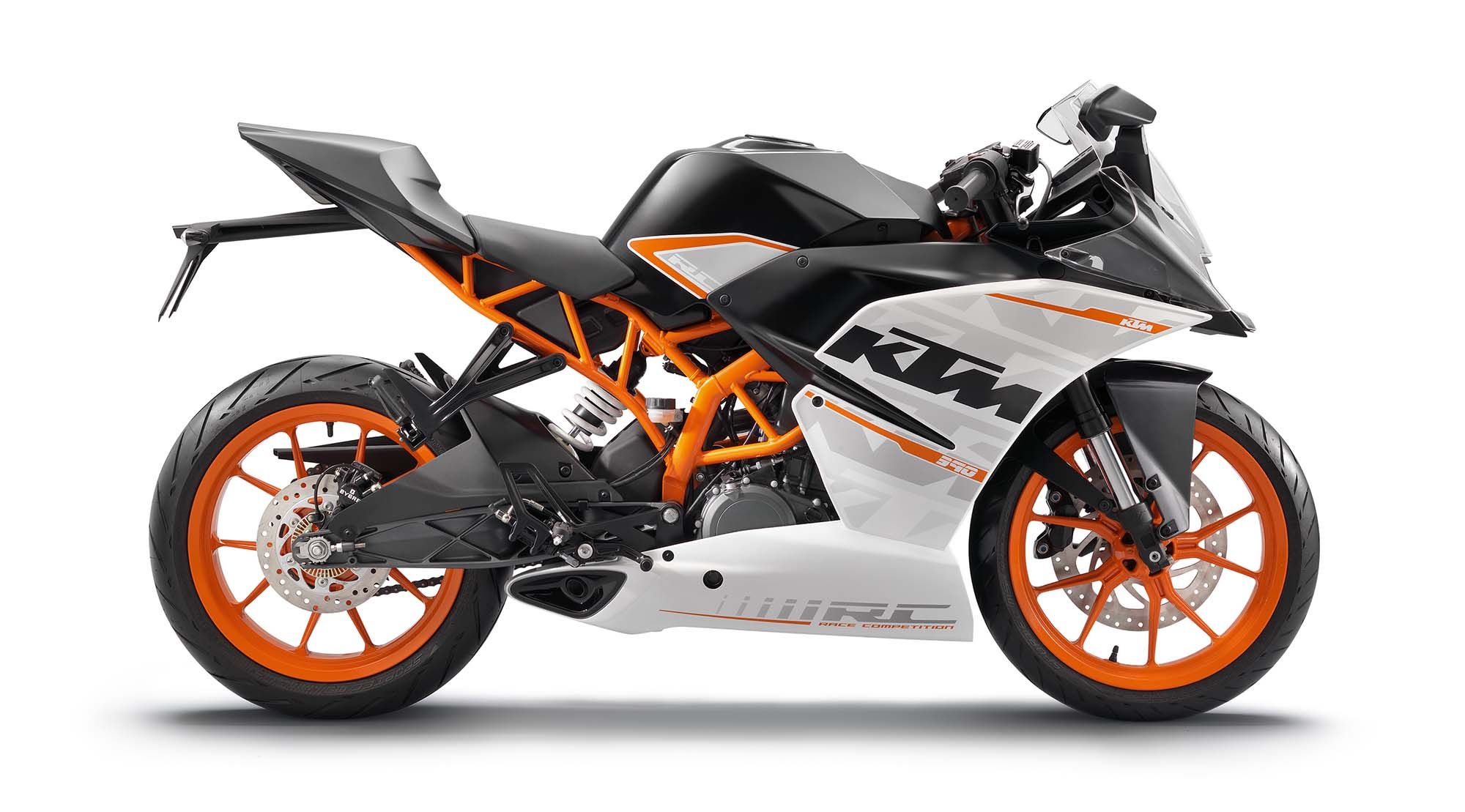 To further fulfil the requirements of riders with an A2 Licence Honda launched the CBR500R: a larger brother of the CBR300R with power output at the very top limit of the A2 Licence restriction.

The Yamaha RD500 was introduced in 1984 with production finishing in 1986. The RD500 took inspiration from the YZR500 Moto GP bike: ridden by Kenny Roberts. The RD500 is powered by a liquid cooled, twin-crankshaft, 50 degree V4 two-stroke engine; quite simply 2 banks of 2 cylinders arranged in a 'V' configuration at an angle of 50 degrees.

The Honda NS400R was introduced in 1985 with production finishing a year later in 1986, 100cc down on its Moto GP cousin the NS500; ridden by Freddie Spencer and Ron Haslam. The NS400R is powered by a unique and unusual configuration of engine: a liquid cooled, 90 degree V3 two-stroke. The engine has a bank of two front cylinders with just one cylinder in the rear bank arranged in a V' configuration at an angle of 90 degrees.

The Suzuki RG500 was introduced in 1985 with production finishing in 1987 taking inspiration from its Moto GP cousin also named the RG500: ridden by Randy Mamola. The road going RG500 is powered by a liquid cooled, twin-crankshaft square four (square 4) two-stroke engine; quite simply two banks of cylinders containing 2 cylinders next to one another forming a square formation. 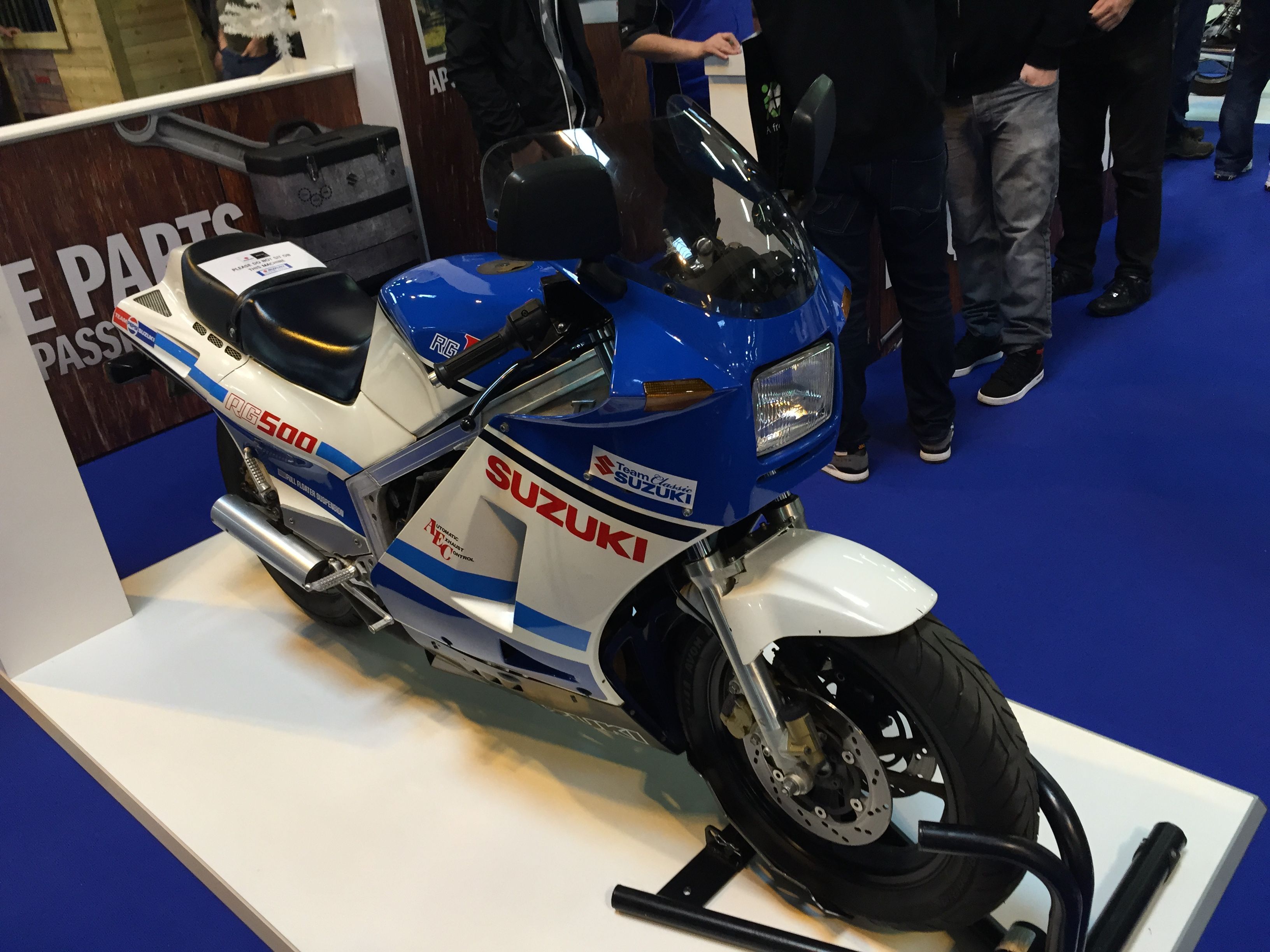 The last incarnation of the large capacity two-stroke Sportsbike for the road was the problematic Bimota V-due; a 500cc V-twin two-stroke introduced in 1997.

The RD500, NS400R, RG500 and Bimota V-due are highly sought after machines by the enthusiast and collector. 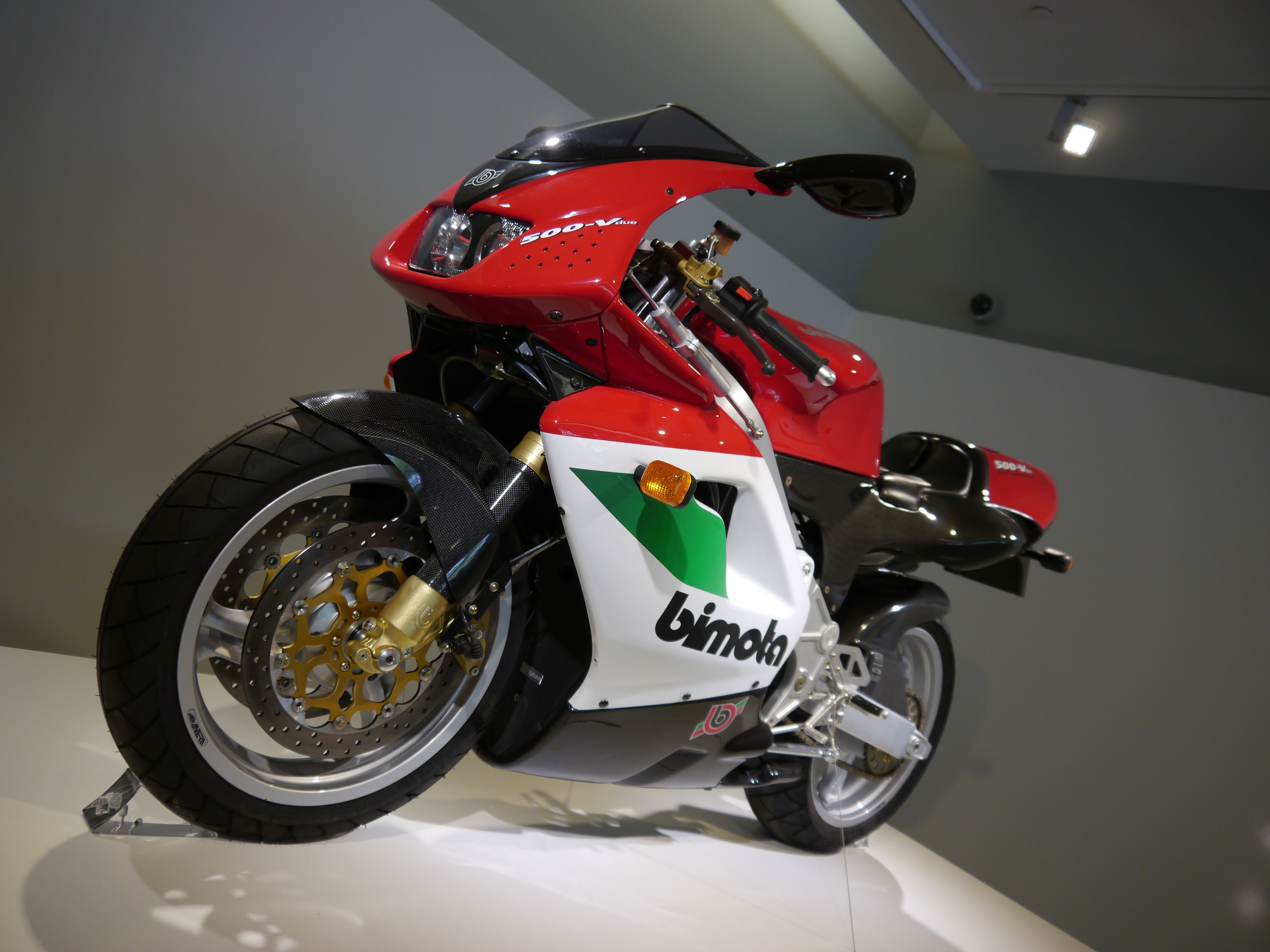 Riders require a full A Licence to ride the RD500, NS400R, RG500 and Bimota V-due in their normal form. However riders from the age of 19 can ride these Sportsbikes if they have been fitted with restrictor kits ensuring that the motorcycle makes less than 46.6bhp: the maximum entitlement of the A2 Licence.

BeMoto offer tailored Sportsbike insurance that is right for you. Get a quote online or call us on 01733 907000 to speak to a bike specialist who understands your love of Sportsbikes and what your bike means to you.