Essential Garage Tools for Under £10

Obviously, here at BeMoto Towers, our garages are full-on WSB-spec palaces, with wall-to-wall Snap-On tools, and all the Motul products we can eat.

In our dreams that is. In reality, our toolboxes are a little bit more, er, cosmopolitan, with a bastardised selection of tools, which have survived the decades through a process of natural selection.

But like most folk, we have a selection of 'must-have' little helper tools. Usually nothing fancy, but they get us out of a hole on a regular basis. We've asked a few proper professional mechanics too, and here's our selection of super-useful left-field garage tools…

Much more common back in the 1970s and 80s, when Japanese industry insisted on holding bike engines together with super-tight cross-headed screws. After a few years on salty UK roads, nothing would shift them short of one of these buggers. Simple to use: you hit it with a big hammer, and it turns screws. The hammer action means it won't slip out as it turns, so it can remove chewed-up screws that nothing else can touch. 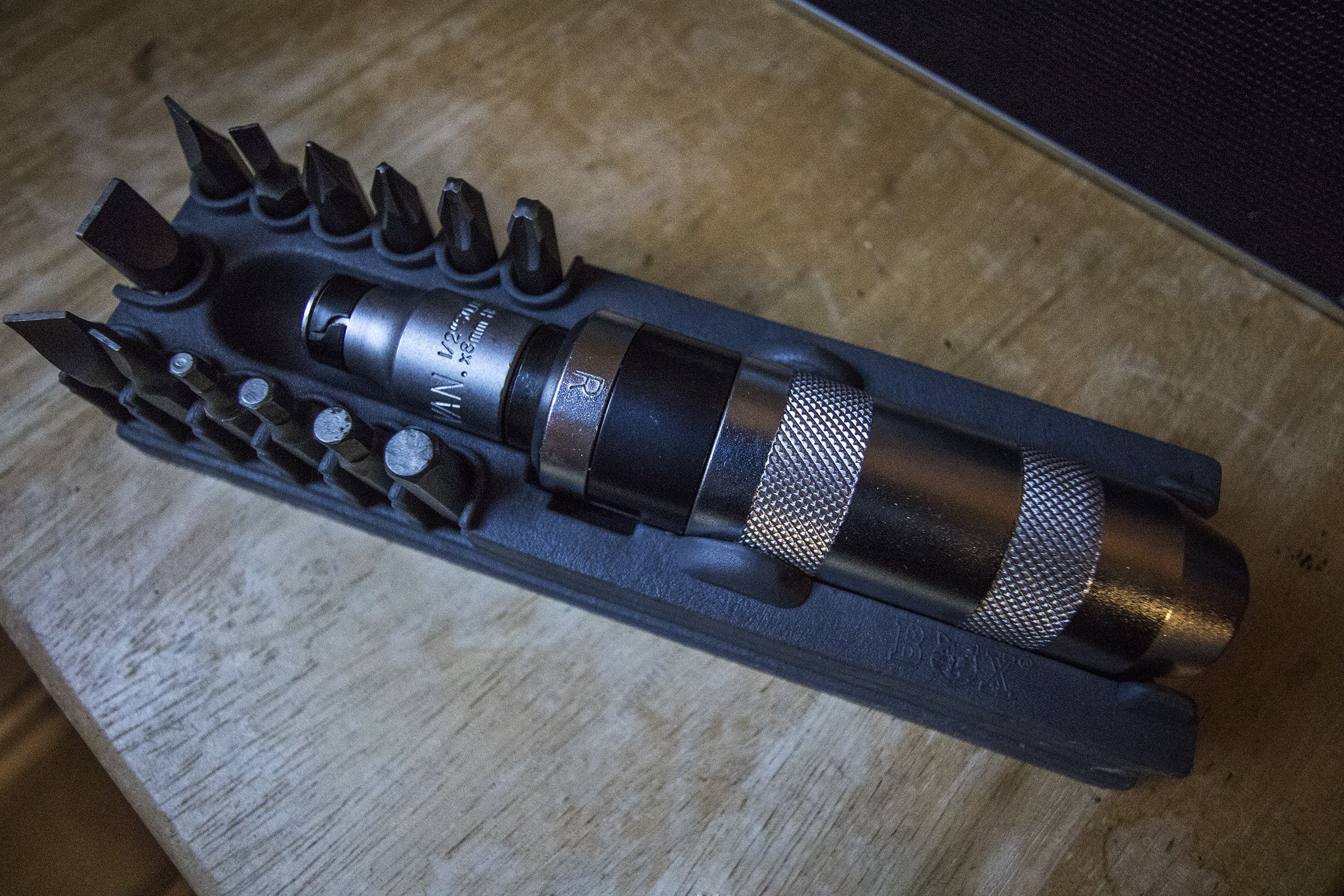 It's basically a few large hex keys formed into a single bit, that lets you loosen the big 17/22/24/whatever internal hexes on many modern front wheel axles. You slip it into the axle/nut, fit a spanner on the end, and you can get your wheel on and off. Should be in the bike tool kit, but never is. Avoid stressful bodging by sticking one of these in your tool box! 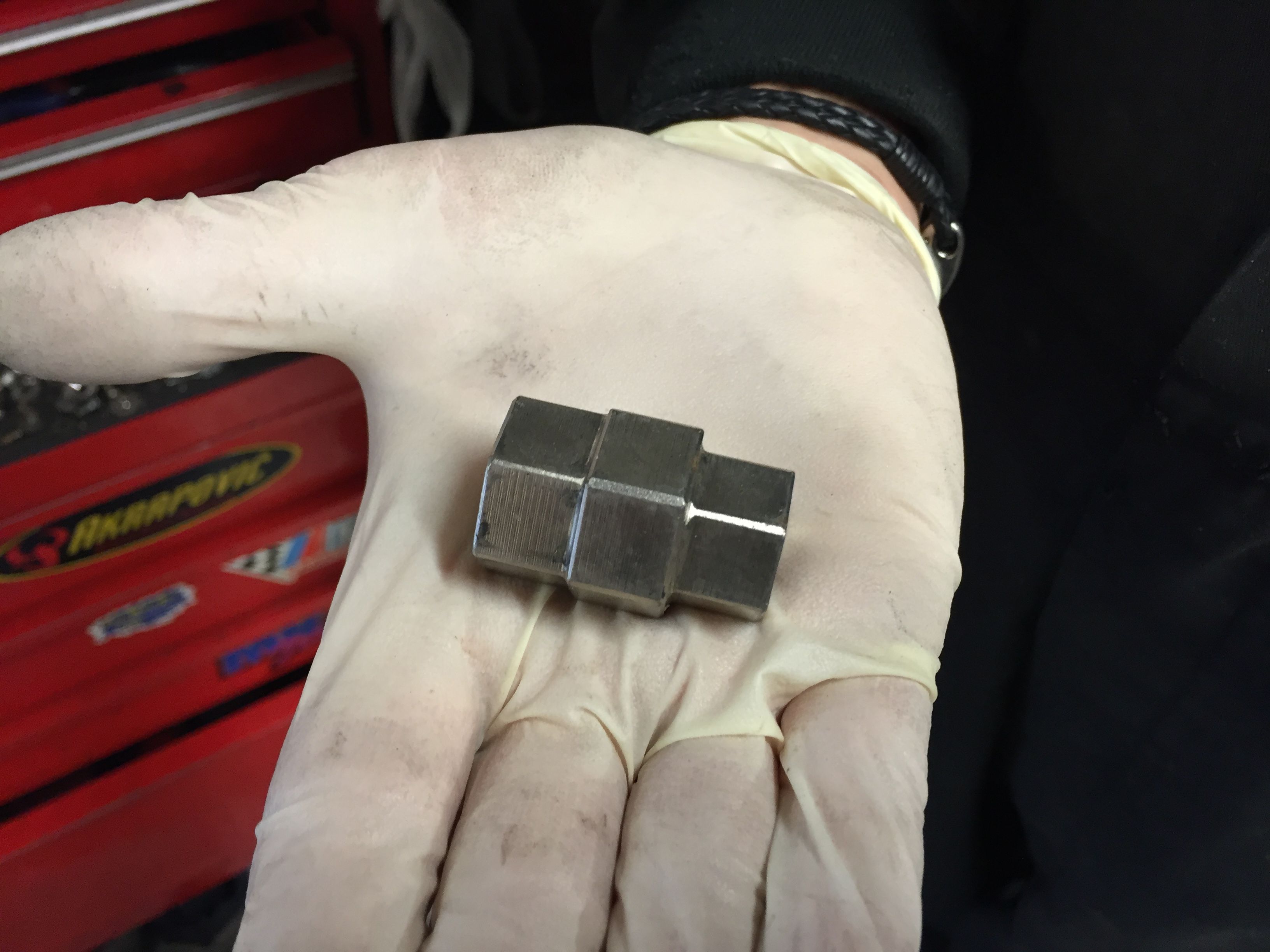 Magnet on a stick

There's a few variations on the theme, but the most common design is basically a small, strong magnet on the end of a telescoping handle, like a radio aerial. Essential for retrieving nuts and bolts dropped into the darkest recesses of a bike or engine, the only downside is when you try and retrieve an aluminium bolt. The disappointment then is palpable.

Hitting things never gets old. But hitting them with your trusty claw hammer can end in tears. A big old rubber mallet lets you smash out the frustration, with minimal collateral damage. Perfect for fitting tight exhaust pipes, knocking top yokes back into place, tapping axles home, and a million other banging tasks.

Officially, it's for soldering and paint-stripping. But it's mostly used for the most hideous of seized fasteners. A mediaeval session with the torch, followed by some gentle penetrating oil is the guaranteed route to free off almost any stuck fastener. Doubles up as the perfect fire starter for reluctant autumn bonfires or British summer barbecues.

If you have a bike with screw-adjustable tappets, like a Suzuki Bandit, or old GSX-R1100, this is a corking wee tool. It fits the 9mm square on top of the adjuster, saving you faffing about with an open-ended spanner or a pair of vice grips (joke!). Loosen the lock nut, fettle the gap with this tappet tool, and nip the locknut back up again. You can pay loads for fancy versions, but this one is around a fiver. 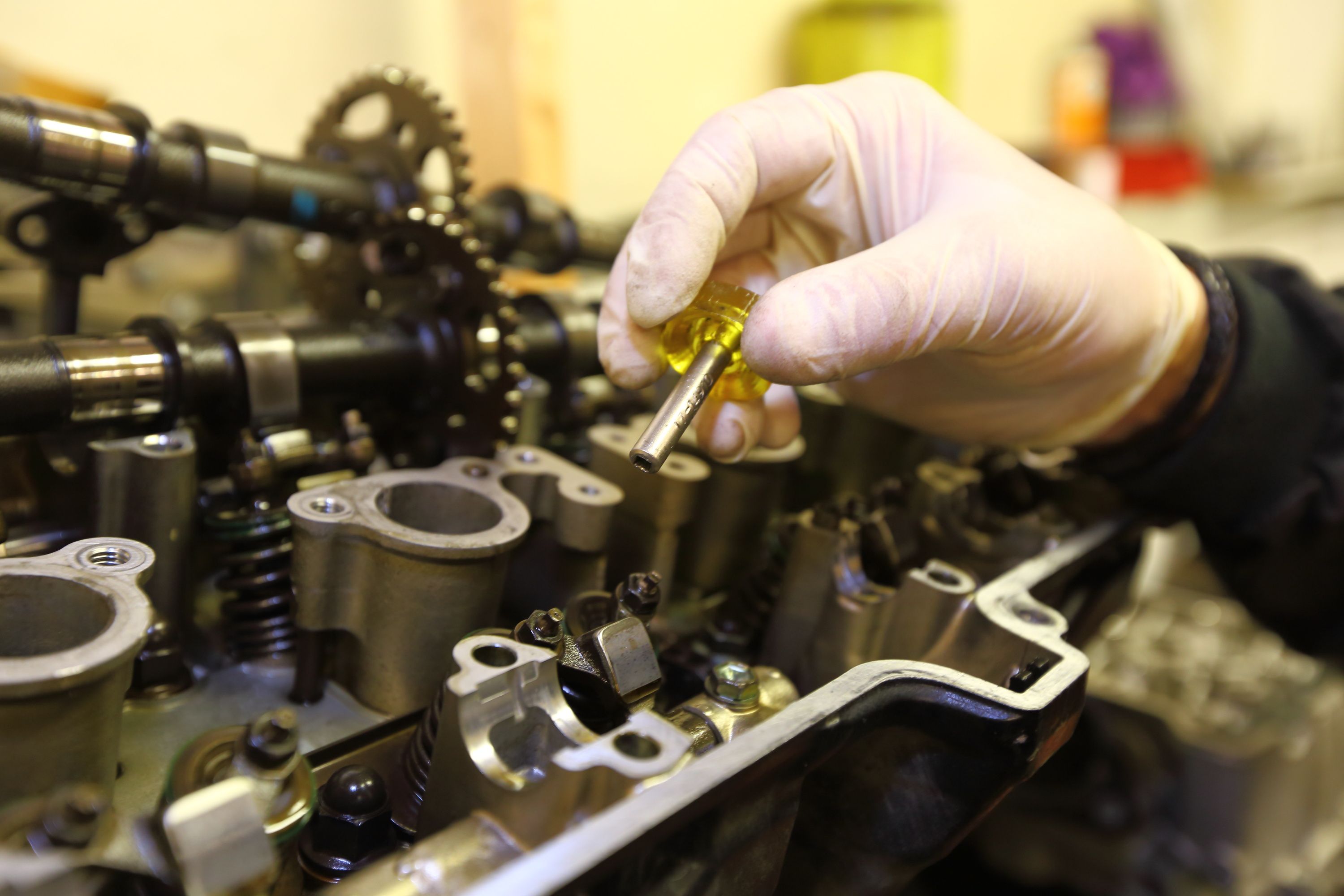 You quite often need to mark things when taking them apart: camshaft timing marks, adjuster locknut positions and that sort of thing. A good permanent marker can write on parts before you store them away and forget what they are forever. Modern Tippex isn't as good as the old-fashioned head-buzz sort, but still makes clear marks on metal parts. 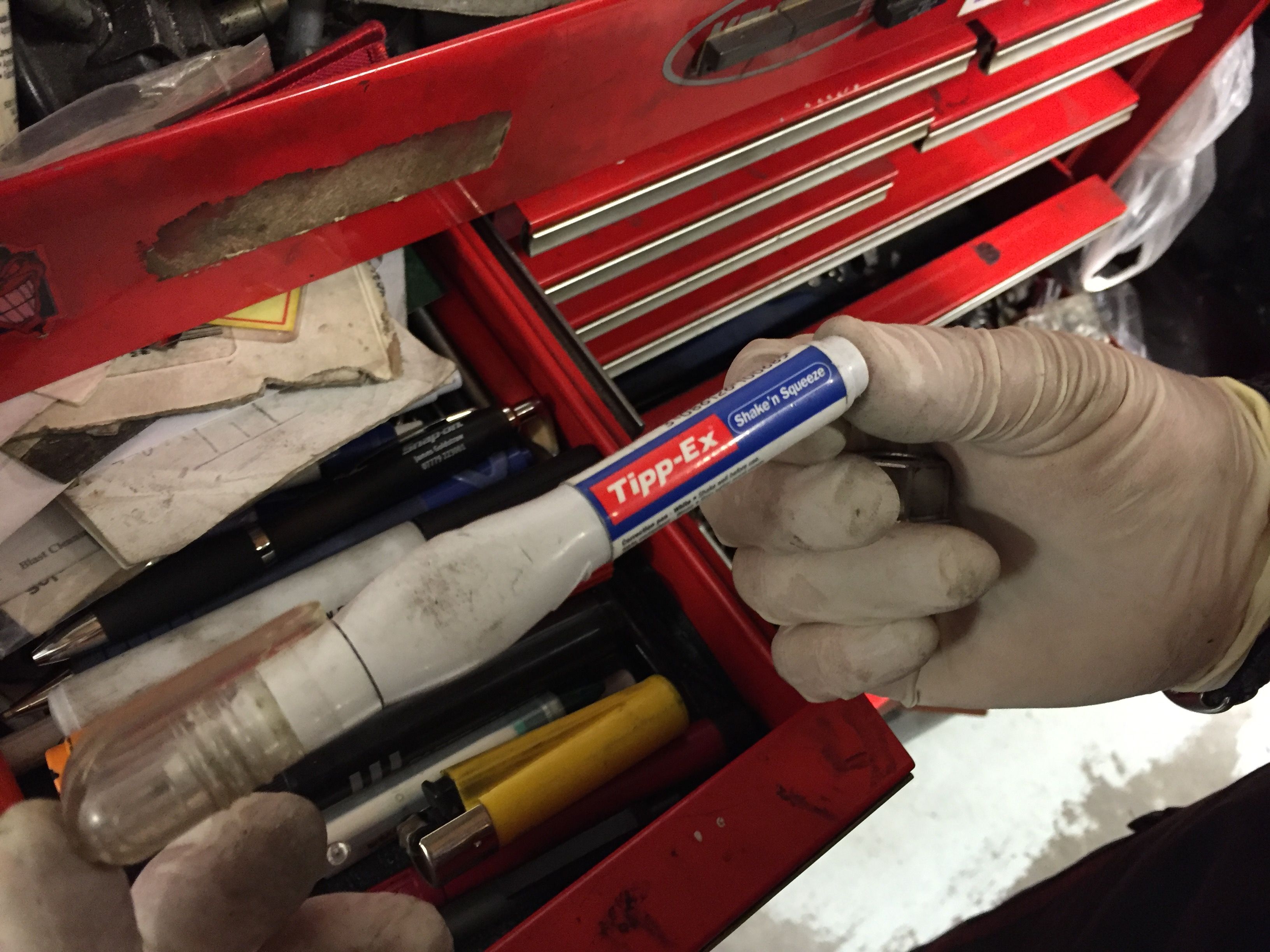 A little wallet of metal picks and probes is massively useful: for hooking out old oil seals, sorting out fiddly wiring, or fishing out dropped aluminium parts where your magnet-on-a-stick is no good.

Ditto for 8mm, 12mm, 14mm and 17mm. The theory is simple: you'll be using these sizes all the time, so getting a very well-made, top-brand spanner for them makes a load of sense. You'll only use a 22mm spanner once every few months, so it doesn’t *really* matter if it's a bit ropey. But a Snap-On, Beta or Teng will fit perfectly, without rounding anything off, and will be much nicer to use too.

As above really: Allen headed bolts are the easiest to round off, and they're a pain to sort. One set of top quality keys or bits in the common sizes won’t break the bank, and will make life much easier in the long run.

You'll spend most of your life cursing this, as it doesn't fit in the normal screwdriver drawer, so clutters up your main tool drawer. But every few years, you'll need to get at a hose clamp buried behind the throttle bodies, or reach an adjuster screw behind a fairing panel, and it'll be worth far more than the £10 it cost you…

A genuine lifesaver. A tenner will get you a brilliant(!) made-in-China headtorch with blazing LEDs and long battery life. Lets you work on fiddly jobs, leaving both hands free, and lighting up where you're looking. 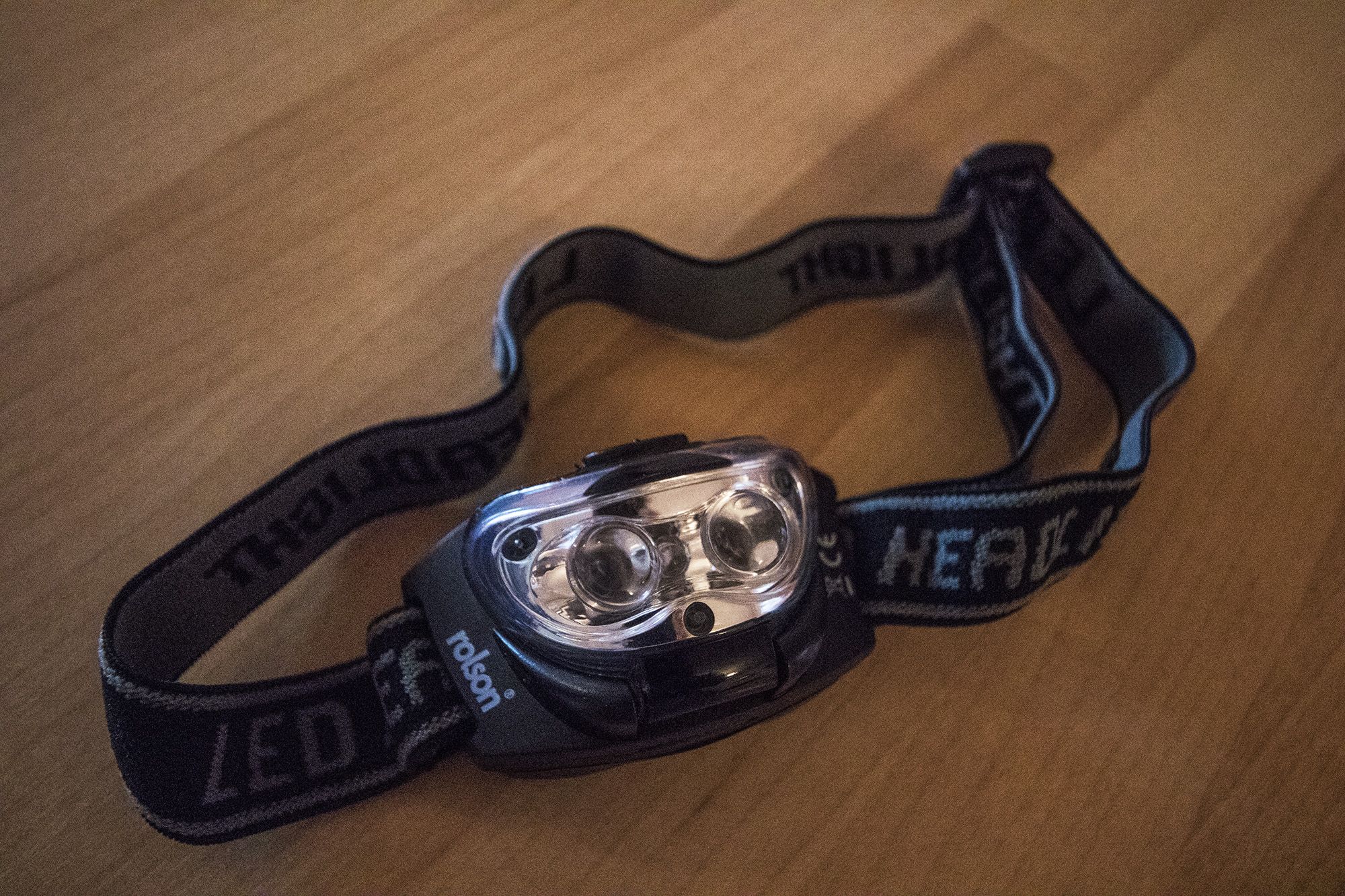