Why do tyres wear out

At a superficial level, tyres wear out because otherwise tyre manufacturers wouldn’t sell as many. This isn’t facetious; it’s true. A tyre technologist for a major rubber company had this to say: “In the UK there are 1.2 million bikes on the road and data from the Motorcycle Industry Association suggests the average mileage per year is dropping, to 2000 miles. Tyres last longer than they did. So if we push that life even higher, we’re pushing consumers away. Their return to purchase time, instead of being every year, is now every two years. So if anyone makes a tyre that doubles its life, it’ll be every four years. We don’t want that.”

But the physical reason a tyre wears out is because it grips. Or sticks. Well, both. There is a difference. 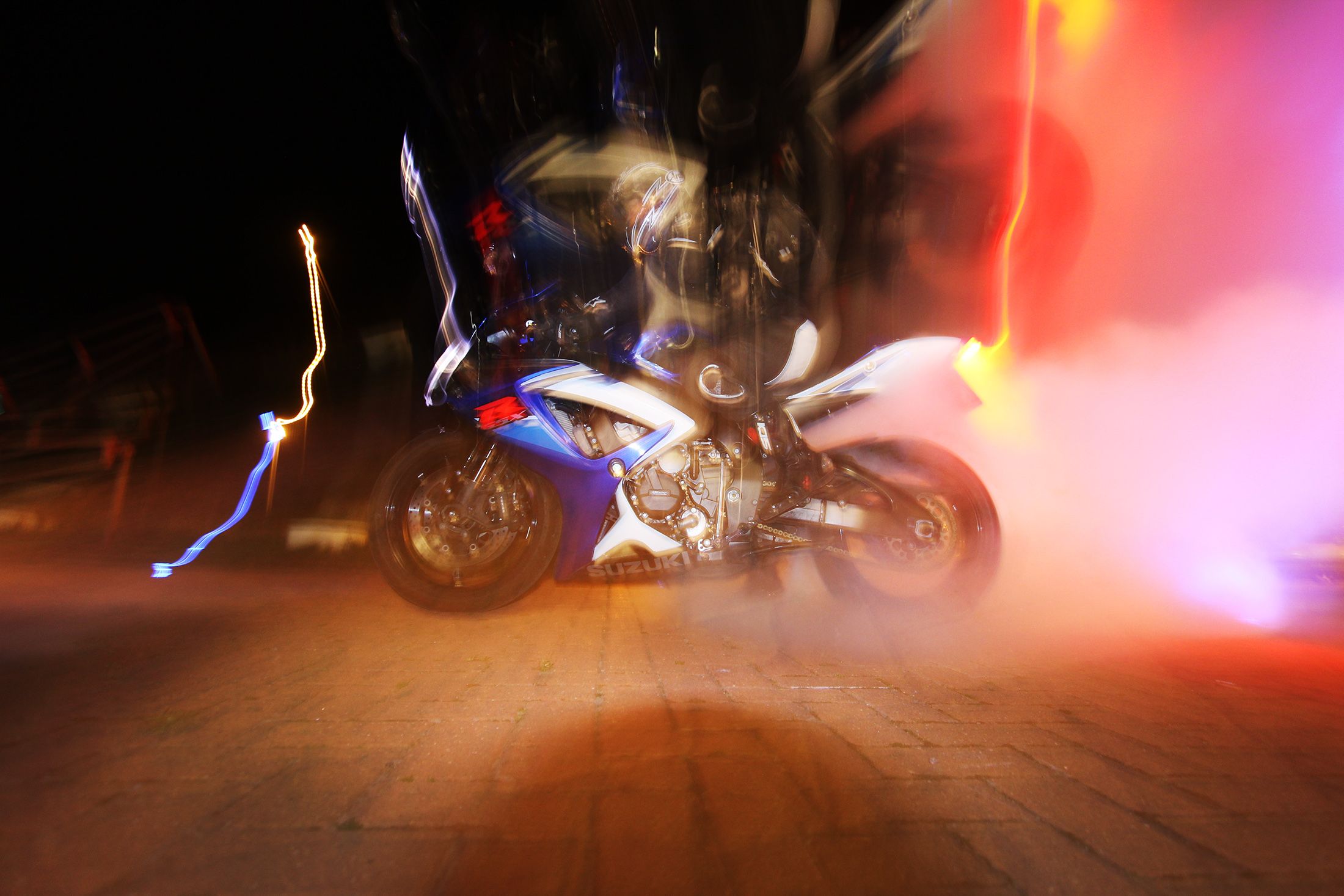 Tyre rubber basically consists of polymers; long-chain molecules stuck together randomly – some people use the analogy of a bunch of rubber bands cut open and mixed together, but sticky enough to cling to each other. I like to think of a bowl of spaghetti, but that’s just me.

When a tyre has a force exerted through it, and on a motorbike it’s a big force, there’s a tiny bit of slip but mostly the tyre adheres (and I use the word advisedly; there’s a difference between ‘grip’ and ‘friction’). Apparently this is partly because there’s conventional friction between the rubber and the road – but on its own, it’s not enough to explain the amount of traction available. So the other mechanism believed to be at work is ‘grip’ – and that’s the interplay between the rubber deforming and clinging around the road surface at a microscopic level. 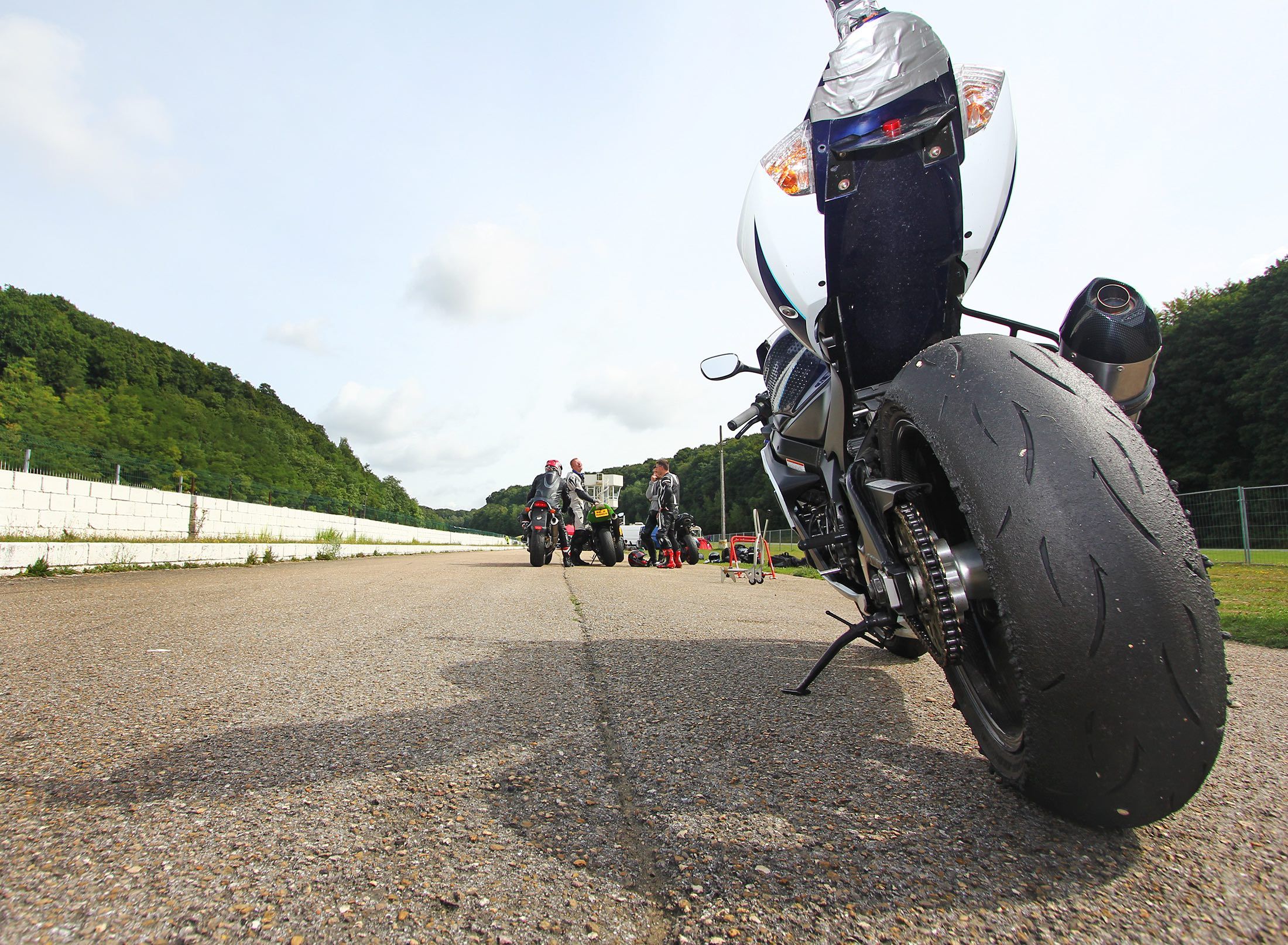 Either way, as a tyre slips and grips and transfers work from the wheels to the road, it heats up. This is because the chemical bonds holding the spaghetti, sorry, polymers, together are being broken. Some of them are left behind on the road – on hot days, if you follow a bike with sticky tyres being ridden hard, you can see the dark lines of broken polymer chains it leaves behind. And when you stop, you can also see the bits that weren’t left on the road either rolled up in black balls of snot, or feathered into wave patterns across the profile of the tyre. Whichever it is, your tyre has lost some of its mass to the effort of gripping. Which is why they wear out.