Getting your SORN bike back onto the road after a winter laid-up should be a breeze. Shouldn't it?

So. The mercury's finally crept out of the little bulb at the bottom of the themometer, housewives' favourite weatherman Thomas Schafernackernacker is looking a bit cheerier, and the price of a trackday at Brands Hatch has risen above £80 for the first time in six months. Yes! It's almost the start of the riding season. Woo! 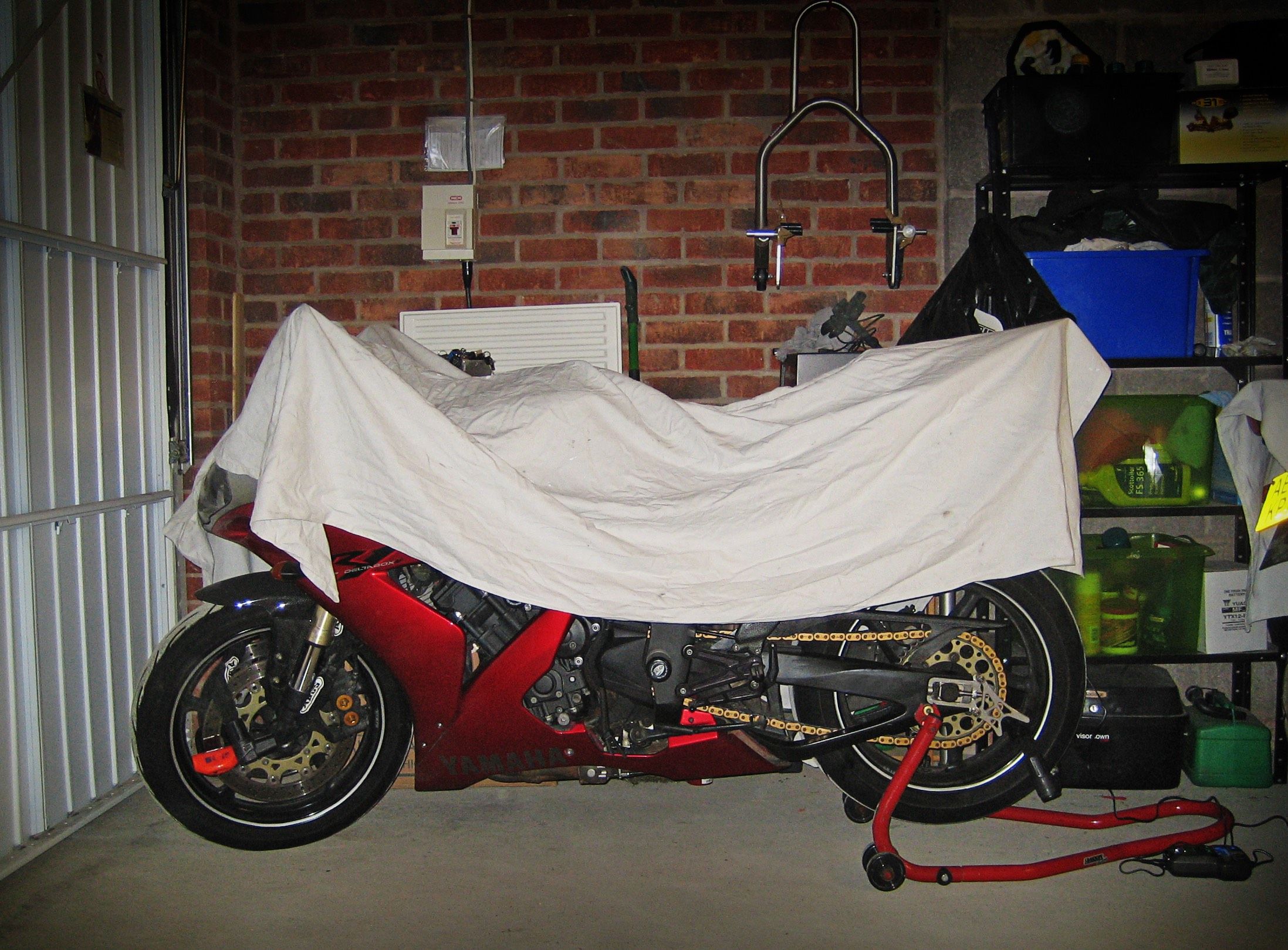 Now, if you're one of those bikers, who has a subscription to MSL, RiDE and Bike, and is never off the OCD Restorations motorrad-grüppen on Facebook – read no further. You can merely open the fingerprint-controlled key safe inside your panic room, take the elevator to the heated underground garage complex, and open the bike storage vault, Then you'll unplug your bike from the bespoke umbilical system that's been pumping de-ionised water through the coolant system, disconnect the pure oxygen-free silver cables that have been trickle-charging the lithium-ion battery one electron at a time since September, and lower the bike from its magnetic-levitation stands onto the deck. Phew. We nearly had a speck of dust on the tank there. Well done – your bike has come out of winter storage better than it went in…

For the rest of us, let the carnage begin. First of all, where is the bike? Is it at the back of the frozen garage, buried under piles of obsessive-complusive hoarder bags, boxes of broken kids' toys and the xmas tree? Did you leave it round the mate's place after that pissup following the final MotoGP round? Or is that it under the blue tarpaulin, behind the six recycling bins up the side of the house? Once you find the bike, it's time to play hunt the keys. The bike key itself usually turns up at the back of the cutlery drawer, or inside your old Rukka textile suit. But what about the key to the disc lock? Hmmm. An hour of searching through every item of bike clothing in the loft, then the key drawer in the hallway comes up blank. The door pocket of the car? The hook in the garage? Who the hell knows? 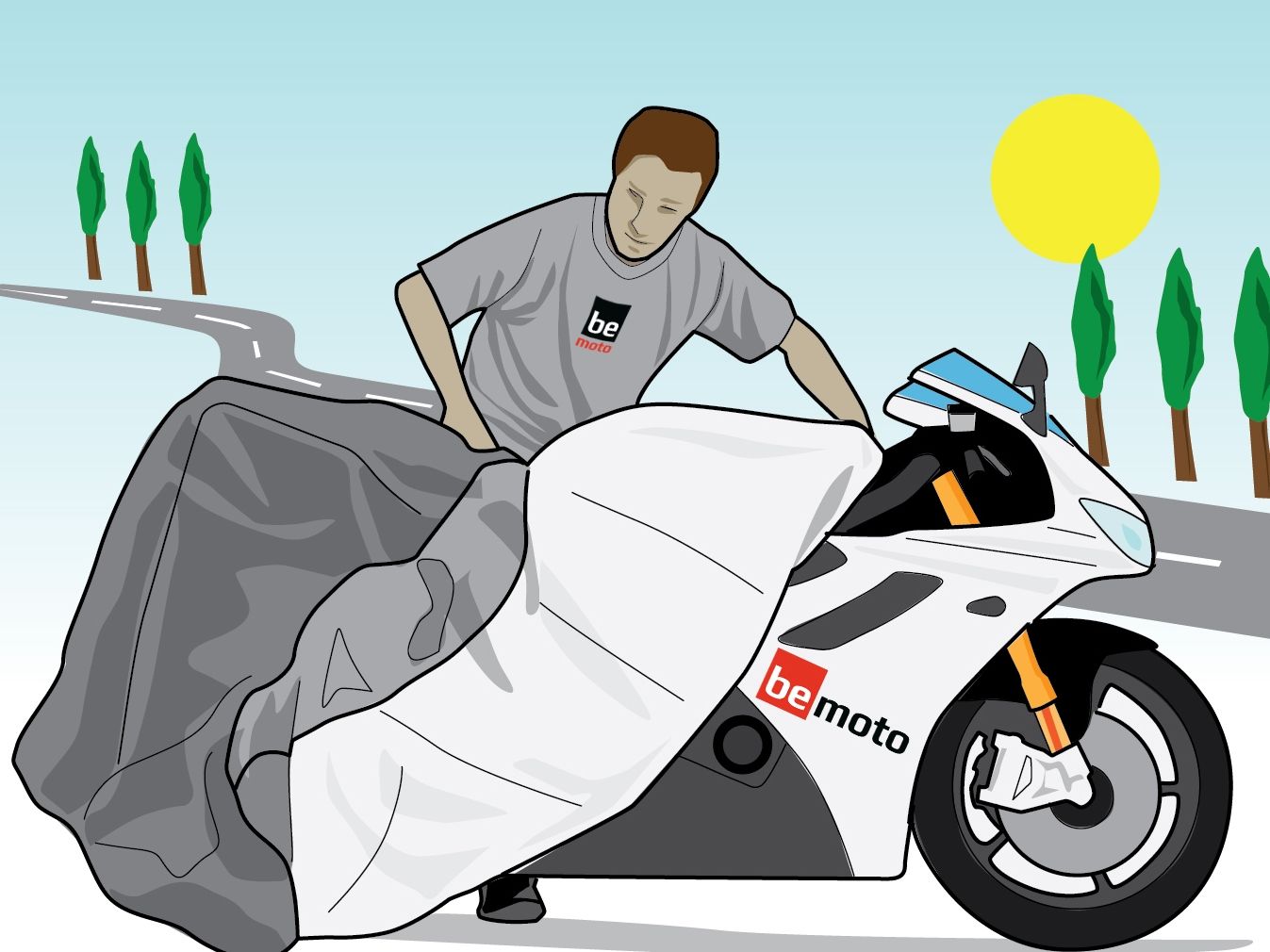 Ten minutes and one grinder disc later, you're free to push the bike, squeaking gently, into the back yard, to survey the situation. A hilariously optimistic turn of the ignition key taunts you with a faint glimmer in the neutral light bulb, then nothing. Of course, the battery is knackered. It was knackered before winter, let's be honest, and is now fit for nothing other than holding open the utility room door while you go in and out looking for a can of WD40 to free up the seized clutch cable, rusty drive chain and white-furred brake pedal. Half a can sprayed liberally around makes things look much, much better, while also giving you a faint buzz from the fumes. Nice.

These things always look worse than they are, to be fair. And after only about three or four hundred quid spent on the Wemoto website, you've got a new battery in there, swapped out the old clutch and throttle cables, fitted a new drive chain and sprockets, and rebuilt the calipers with new pistons, seals, pads and discs. Brilliant. Okay, the thing's running a little rough, what with the rust inside the fuel tank, and the old petrol gumming up the fuel injectors. And it's sounding pretty fruity with that new hole that's rusted into the header pipes. But what the hell. You've definitely learned your lesson now, and the preparations for next winter will be military-grade in their precision and rigour.

Can BeMoto protect your SORN and Laid Up bikes?

We can provide Fire & Theft insurance for all types of motorcycles in your garage, including:

Or call us on 01733 907000* to speak to a bike specialist about road insurance or motorbike trackday insurance.